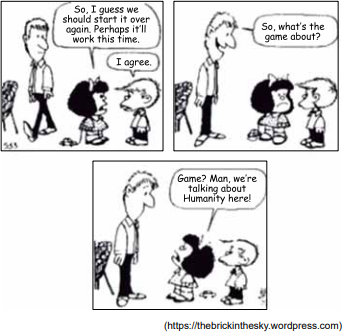 From the comic strip, one can say that

Gaslighting is a form of psychological abuse where a person or group makes someone question their sanity, perception of reality, or memories. People experiencing gaslighting often feel confused, anxious, and unable to trust themselves. The term gaslighting derives from the 1938 play and 1944 film “Gaslight”, in which a husband manipulates his wife into thinking she has a mental illness by dimming their gas-fueled lights and telling her she is hallucinating. While anyone can experience gaslighting, it is especially common in intimate relationships and in social interactions where there is an imbalance of power. A person who is on the receiving end of this behavior is experiencing abuse. 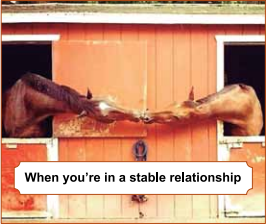 Art which is based on images of mass consumer culture. Pop art was initially regarded as a reaction from abstract expressionism because its exponents brought back figural imagery and made use of impersonal handling. It was seen as a descendant of Dada because it debunked the seriousness of the art world and embraced the use or reproduction of commonplace subjects. Comic books, advertisements, packaging, and images from television and the cinema were all part of the iconography of the movement.

catching up faliing behind

A 25-year-old American with a university degree can expect to live almost a decade longer than a contemporary who dropped out of high school. Although researchers have long known that the rich live longer than the poor, this education gap is less well documented — and is especially marked in rich countries. And whereas the average American’s expected span has been flat in recent years — and, strikingly, even fell between 2015 and 2017 — that of the one-third with a bachelor’s degree has continued to lengthen.

This disparity in life expectancy is growing, according to new research published in the Proceedings of the National Academy of Sciences. Using data from nearly 50m death certificates filed between 1990 and 2018, Anne Case and Angus Deaton of Princeton University analysed differences in life expectancy by sex, race, ethnicity and education. They found that the lifespans of those with and without a bachelor’s degree started to diverge in the 1990s and 2000s. This gap grew even wider in the 2010s as the life expectancy of degree-holders continued to rise while that of other Americans got shorter.

What is the link between schooling and longevity? Some argue that better-educated people develop healthier lifestyles: each additional year of study reduces the chances of being a smoker and of being overweight. The better-educated earn more, which in turn is associated with greater health. Ms Case and Mr Deaton argue that changes in labour markets, including the rise of automation and increased demand for highly-educated workers, coupled with the rising costs of employer-provided health care, have depressed the supply of well-paid jobs for those without a degree. This may be contributing to higher rates of alcohol and drug use, suicide and other “deaths of despair”.

According to the third paragraph, better-educated people